And so to continue...or "The Spirit is a Movin'"

I didn't give up without a fight.

I probably haven't given up at all really. I've spent years, collectively...decades "working" on spiritual development. Or whatever the appropriate verb is. I've varied the verb as well...acceptance, work, flow, energy, ritual, worship, and on it goes. Reading and testing and trying, and then NOT trying. And making what felt like progress. …

I need to be more mindful of the company I keep.

I live in an isolated place, and I use the internet as a means to interact with others. The net has much to offer, but like any tool, it must be used wisely.

Lately I have fallen in with some interesting communities. I know I have moaned here about such experiences before, it seems I don't learn. But I've noticed some…

I've been the witness of some nasty cat fights lately in the recovery community. Interestingly they were not fighting over dogma, not over the steps. They concerned...what exactly? I was thinking about it today, as I hiked, and I think it boils down to planes of reality.

Lately I have been on a disordered plane of reality as my mental illness took me into a chaotic tail spin.…

Back to whine about my relationship with my old recovery forum.

Well, back to whine about my self esteem issues really, the recovery forum is a great place. My jealousy is the issue, they are chugging right along without me.

Indeed I checked into my old account to see if any of my buddies had left messages etc or checked up on me...nope.

So anyway...sadly a regular contributor to the forum used drugs the other day. He posted that 4+ years of sobriety were…

I'm glad I have this place to come to and be honest.

After being away from my other recovery forum for a couple months, I logged on to see if I had any messages. None.

While I didn't expect crocodile tears over me not being there, I admit I thought at least one or two people would notice and send me a line.

But this is why people say "don't…

Hello blog, I appreciate having a safe place to come and talk about these things.

My sister has inherited the arthritis that runs in the family. For years she suffered with pain and debilitation in both knees as a result of it. She did not want to undergo knee replacement surgery. Instead she tried diet, exercise, extreme nutrition supplements, pain killers, etc etc. Her knees continued to deteriorate. Last year she had her knees replaced with artificial joints. She now…

I am very very isolated, both physically and emotionally, and something big is going on and I want to share the facts.

My room mate lost his job and the housing that goes with it, he has been offered another job that provides housing only for himself.

I have three weeks to move out of here. I have no job and no place to go. I have a health issue that seriously impacts my ability to hold a job.

I was living here doing…

I have to lie.

Because I have no place to go.

My room mate has been moved to a different position and I can't live here any longer.

I want to type a bunch of stuff, but...I have no right. I think.

So, if mental illness…

The calm after the storm

Clearly I've been a mess lately. Climaxing on Tues, and healing on Wed.

I have no idea why. It's one of the scariest aspects of all this, the way the "crisis" can roar up in literally minutes, with no discernable trigger. Thankfully it can pass just as surprisingly, leaving me exhausted and puzzled but so very very grateful.

Today is May Day, a holy day to reflect and celebrate and take on a new focus for the next six weeks, allowing myself to be called to my…

Total eclipse of the heart

ok so right before I came here and did my last blog, I was on a forum, and I left a post about suicide etc etc, and guess what. It's not there...so I guess someone decided it didn't belong, or maybe I imagined the whole thing, or who the heck knows.

it's like...going, going gone...trying to stay in touch, be connected and either the ether or a mod make my post disappear. Or maybe I'm so far gone mentally there was never any post to begin with?

Broken record, and a scratchy one at that...

I expect this is going to sound angry. I expect all my blogs sound angry. Maybe anger and frustration are two sides of the same coin, and maybe these days my coin is standing on edge and spinning the way coins sometimes do.

So, last week a family friend committed suicide. And this is the season with the highest suicide rate. And people diagnosed with the mental illness I have and who have the history I have, 20% end up…

Yesterday my eldest son posted on his FB page that a family friend had passed away, a man who had been something of a mentor to him. My son was very shocked by both the death and his reaction to it. He'd been out of contact with the man for a number of years, but in his mind his old friend would always be there.

The man was a colleague of my ex husband. We used to attend the same Unitarian Universalist Church together.…

I'm back and as bewildered as ever

I can't handle something, well, at least not gracefully. I have a life long habit of picking up my toys and going home at the slightest provocation.

I did hear from my bestie last night and she said just the right thing..."wish I was there to hold your hand"!

It was worth the wait!

Also heard from my daughter. unfortunately it appears she has inherited the bi-polar and her dr requested she get as much info from me as she can as far as family history, my psych history etc. It breaks my heart to hear her describe her feelings and situations. I know them so well.

I will help her anyway I can, but I know…

Expectations on your part....

In the admin office at my children's school there was a sign posted. "Poor planning on your part does not constitute an emergency on my part"

Nor do expectation on my part constitute an obligation on another's part.

or as they say in AA, expectations are the seeds of resentments, or in Buddahland, attachment is the root of all suffering.

So, telling on myself. I sent a message to my best friend (this is how we communicate as she lives on the other…

That is what the letter regarding my mammogram says.

They are trying to track down mammograms past to do comparisons, if they can't, they want me to come in for further imaging.

What's a girl to do?  Chances are good that there is nothing wrong. Still. It's a little sobering to open that letter. and realize there is no one to tell, to share with, to squeeze my hand and say "it's going to be ok, no matter what"

I want someone to squeeze my…

sometimes the truth makes me squirmy. Here it is.

So, I've mentioned before a forum I was a member of for years, and active and involved member. I left because I felt I wasn't valued, wasn't seen. I stopped posting because it was messing with my head to be ignored, and it hurt to have my motives maligned as some were doing. I stopped posting and no one said anything. Maybe they didn't notice. Maybe they were relieved. Probably the former.

I still read there sometimes…

Went to the dr

I am so grateful to finally have health insurance and to be able to go to the dr.

I had two appts today.

Unfortunately, my condition is not good, but I don't need surgery right now. We can try some meds and see where that takes us. I am glad because I really really want to avoid surgery, but I was thrown for a loop when I found out what the diagnosis is and that there may be NO fix for it at all. Didn't see that one coming. 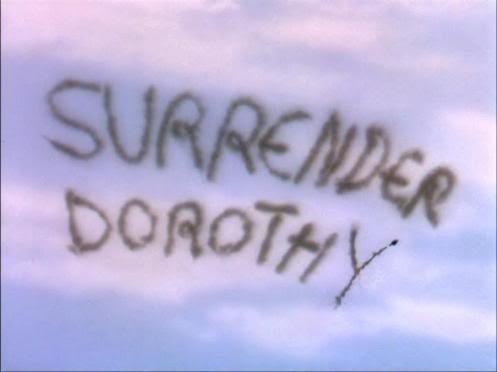 I just found this very excellent online quiz on Betrayal Bonds. In my practice I see alot of this, and on every level, not just intimate significant other relationships, but in the workplace, extended family and friends, even religious organization or groups. It is much more pervasive than we think, and can be very subtle and not as dramatically enacted as some of the…

If there is something beyond our perception, the best we can do is to know that we do not know it. We can seek to gain the experience and perception…